Arsenal attacker Bukayo Saka came off the England bench to spark the team to life and help overturn a two-goal deficit in the last quarter of the UEFA Nations League clash with four-time world champions Germany. 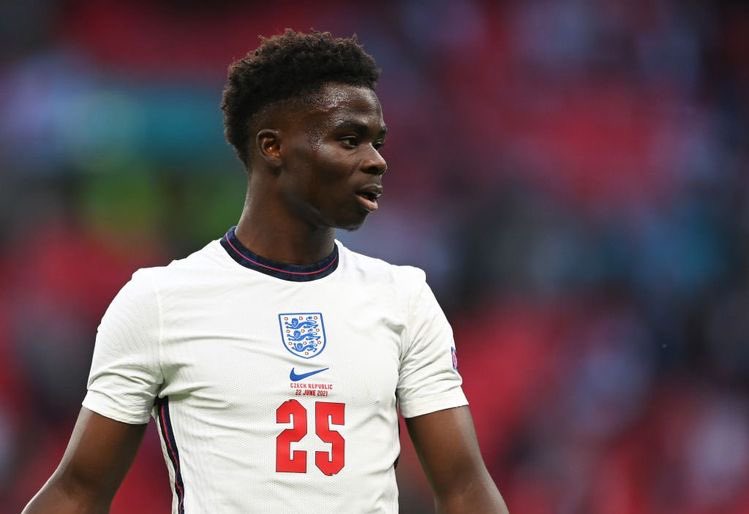 Saka was one of two changes made from the last game against European champions Italy ahead of the home game against the Germans. He had started the 1-0 defeat at the hands of home team Italy as a left wing-back to the frustration of several England fans. Arsenal star Saka was recently named the England Player of the Year for the 2021/22 season and his best position is on the right side of attack. He struggled as a left wing-back against the Italians last week. In the other change for the Germany game, Kyle Walker made way for Manchester City teammate John Stones.

In the UEFA Nations League this season, England and Germany are in Group A3 alongside Hungary and Italy. Ahead of their meeting on Monday, England and Germany already knew that the outcome of the game won’t change their respective position on the group table. England have already sealed last place and relegation to League B has already been confirmed, while third place has been sealed for Germany.

Germany were the better team in the first half, but the four-time world champions could not add end result to their dominance as the half ended without a goal. IlkayGundogan (penalty) and Kai Havertz scored in the second half to give the Germans a 2-0 lead. England manager Gareth Southgate had subbed on Arsenal star Bukayo Saka and Chelsea star Mason Mount by the time Germany doubled their lead on 67 minutes. Saka made an instant impact as he was involved in all three England goals from the likes of Luke Shaw, the aforementioned Mount and Harry Kane (penalty) for a 3-2 lead. Chelsea attacker Havertz then scored the equaliser for his team to secure a point from the game via a 3-3 draw.